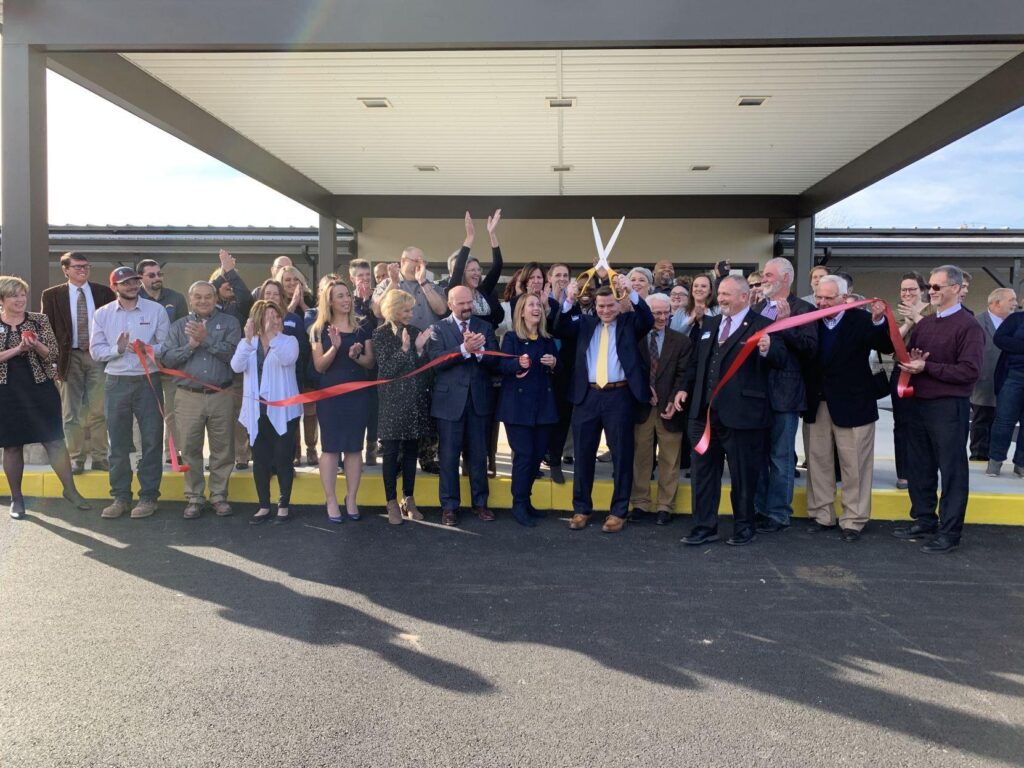 MARTINSBURG â€” Growing its presence and impact in the Eastern Panhandle more quickly than initially expected, the Mountaineer Recovery Center has announced a recent partnership with a Morgan County healthcare facility to provide medically assisted treatment and addiction counseling to those in need.

According to a press release shared by the center, since the initial ribbon cutting of its 48-bed treatment facility in November 2019, 475 West Virginia residents have been admitted to the residential rehabilitation facility and its outpatient service line quickly grew to providing daily Medication Assistance Treatment programs as well as offering six different intensive outpatient programs across three different locations.

â€œDespite the pandemic crisis, Mountaineer continued to provide excellent addiction care while practicing CDC guidelines and implementing a COVID prevention policy,â€ the release said. â€œIn fact, Mountaineer doubled down on its efforts to serve because the COVID pandemic led to a significant increase in addiction overdoses and need for treatment.â€

In honor of these efforts, on its one-year anniversary of operations, Mountaineer partnered with Unity Family Healthcare to provide outpatient treatment to those returning home from residential treatment at Mountaineer Recovery Center or those who are simply in need outpatient care in the area.

The release said it would also enable addiction treatment to be integrated into primary care so patients donâ€™t have to go to a specialist clinic for routine follow-up appointments and prescription refills.

â€œThis is a big win for Morgan County residents,â€ Jonathan Hartiens, CEO of Mountaineer Recovery Center, said. â€œMorgan County leaders have been very active to find resources to help combat the addiction epidemic and due to their encouragement and support, Mountaineer pursued this partnership.â€

Some of these came through the Morgan County Day Report Center, which already partners with Mountaineer to provide addiction counseling to those enrolled in the Day Report Center programming.

In addition to its services expansions, the release said starting this month Mountaineer Recovery Center began renovations on a building adjacent to its campus in Kearneysville with hopes of moving its administrative and billing departments there.

The release said the decision was made as the demand for more clinical space in the 30,000 square foot main facility grew and added the to-be-named Mountaineer Administrative Center will be a 3,500 square foot space housing current administrative offices which will then allow the spaces these departments are vacating to be repurposed for expanded clinical services.

â€œIronically we are renovating what used to be a bar into a first class professional office space,â€ Hartiens said. â€œYou canâ€™t help but see the powerful symbolism of what we are doing physically with that building. We help renovate the lives of our patients from being active in addiction to being healthy and productive professionals. There is no greater satisfaction than seeing people living clean and living differently.â€

According to the release, the Mountaineer Administrative Center will open in January.

As previously reported, Mountaineer Recovery broke ground on its womenâ€™s facility just a few months ago and have begun construction on the two-story, 12 apartment building which will allow for 22 to 24 more beds for females and their children and will feature a garden and playground next to the centerâ€™s main building.

Plans for this latest facility were announced in the very last half of 2019, when Knowles shared the center had received an additional $3 million grant to build the womenâ€™s in-patient facility.

The new building will be built to the left of the existing building, on property that now houses a courtyard for patients, the two-story pregnant women and women with children facility would be constructed and would most likely feature suite-style rooms to best accommodate families.

Knowles said in addition to the updated timeline for the pregnant women and women with children facility, Mountaineer Recovery Centerâ€™s five year plan includes utilizing the roughly 51 acres expanding behind the current facility to construct what Knowles called a â€œrecovery village,â€ to which the womenâ€™s facility is just the start.

According to Knowles, the village would include residences for families of various shapes and sizes, community centers, a day care center and more so the center can offer true continuum care to all of its patients in whatever stage of their lives they might be in.