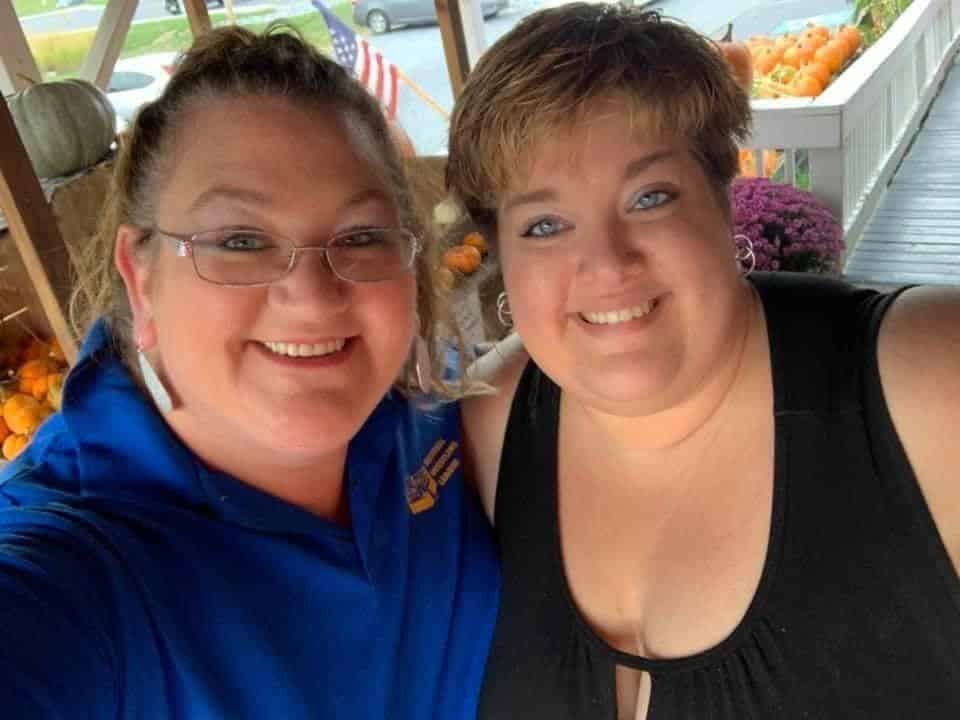 KEARNEYSVILLE â€” Housed inside Mountaineer Recovery Center, Revelation Gifts isnâ€™t a typical gift shop. A place to find custom gifts, knickknacks for any occasion, the store front is so much more than just a store, instead a place where the two women in charge can help dreams come true.

â€œWhere Mountaineerâ€™s slogan is, â€˜Where hope becomes a reality,â€™ we bring your dreams to reality,â€ Revelationâ€™s Stephanie Lowe said. â€œI think thatâ€™s why we work so well with Mountaineer in what we do, because itâ€™s the same vision, different aspects.â€

Lowe and Dana Penwell may be the women behind the gifts, but in reality, they play an integral role in the recovery process for patients, being behind the brightly colored shirts worn by employees â€” shirts that showcase each individualâ€™s favorite inspiration, quotation or Bible verse â€” or the designs brought to life from the inpatients themselves, once that serve a purpose amid the struggles of recovery.

Lowe thought to a shirt the pair helped design, where one patient wrote down her feelings amid recovery, the pair then using those words to create the recovery symbol, a sign of hope amid the challenges.

â€œWeâ€™ll take their hidden talent, their likes, their dreams and bring it to life for them,â€ Penwell said. â€œSomething they can look at and say, â€˜Yeah, I did that.â€™

â€œWe connect the inpatients with their outside. Probably 85% of them have some sort of hidden talent, whether that be singing, poetry, drawing, coloring, whatever it may be. We can take what they enjoy most and bring it to life.â€

And more than that, the pair becomes family.

â€œWe have some who come in who flat out need somebody to vent to. â€˜We relapsed,â€™â€ Lowe said. â€œWe say, â€˜Thatâ€™s going to happen. Not everybody can cold turkey something.â€™ They come in, vent about it, go back out and try to get clean again or sober. Sometimes, at that point, they can keep going and stay clean and sober. Some relapse again. Regardless, they come back in and carry that rapport. Itâ€™s like another family away from home. When they want to see their kid or family member, they want that birthday item or Christmas item, they come in and get that specialized ornament or shirt.â€

Mentioning a former patient who recently picked out a tutu and matching shirt for a daughter, the time spent working within the building of Mountaineer Recovery has helped both the duo and the center itself, giving Penwell and Lowe true insight to the recovery process, breaking that stigma, while Mountaineer becomes a brighter place with hope from Revelation.

â€œI mean, Dr. Hartiens brought in somebody that he had worked with at the VA Center, and he said, â€˜I wanted to introduce this really important person to you,â€™â€ Lowe said. â€œHe was talking to the lady, â€˜These are the beautiful women that run this store. Theyâ€™re the lifeline of the center.â€™ When you hear that youâ€™re the lifeline and youâ€™re what brings livelihood there, it really rings home. Because when youâ€™re not there, you hear itâ€™s gloomy, itâ€™s a center that, yes, helps people, but you donâ€™t see as many of the smiles.â€

Penwell added: â€œWe see them when they come in at their lowest, and they spend a minimum of 28 days there in-patient. Some of them are there longer, for the extended program. Once theyâ€™re discharged, they have the opportunity to work with our therapist there at the center on outpatient basis. When you see them at their lowest and then six weeks later, theyâ€™re coming in for their recovery chips, which are gifts from Revelation Gifts, it may be their 90-day, to see them take custody back of their children, get their first apartment, the relationships with their parents (better) (is amazing).â€

Penwell herself has tackled recovery from the medical side and now the personal side, a nurse for 10 years who looks at the process differently now as she connected with the patients on a basic human level.

â€œThey are human. They do have feelings,â€ she said. â€œEvery day, you can make a change. You can do that. It doesnâ€™t have to be that way.â€

Lowe added: â€œTheyâ€™re a true person. Itâ€™s not so much a problem they have. I canâ€™t speak for Dana, but for myself, I look at it as a hand of card they were dealt. They may not have known how to play that hand right, but now, theyâ€™re trying to pick up that game and finish it.â€

With that deep connection to the center and the patients themselves, Revelation gives back to Mountaineer in several ways, including a portion of the proceeds taken there at Mountaineer goes to a group called Semper Libre, which helps recovering addicts discharged from the in-patient program however they need, be it a first monthâ€™s rent, getting a driverâ€™s license or Social Security card, groceries or the like.

The duo takes it a step further to provide any incoming patients with a few clothing items or other basic items any may need.

â€œWith the in-patients, we work with them. A lot of them come from the jails or directly from the hospital and come with nothing. One of the employees may come over to us and say, â€˜This patient just came in from ERJ, and they have nothing.â€™ Weâ€™ll put together a bag for them, whether it be a T-shirt and a pair of shorts, personal hygiene products. Weâ€™ll put that together for them from Revelation Gifts for them.â€

Penwell and Lowe also do custom orders of pretty much anything â€” shirts, masks, ornaments and so much more â€” as well.

Revelation Gifts can be found atÂ www.revelationgifts.com or on Facebook under the business name.