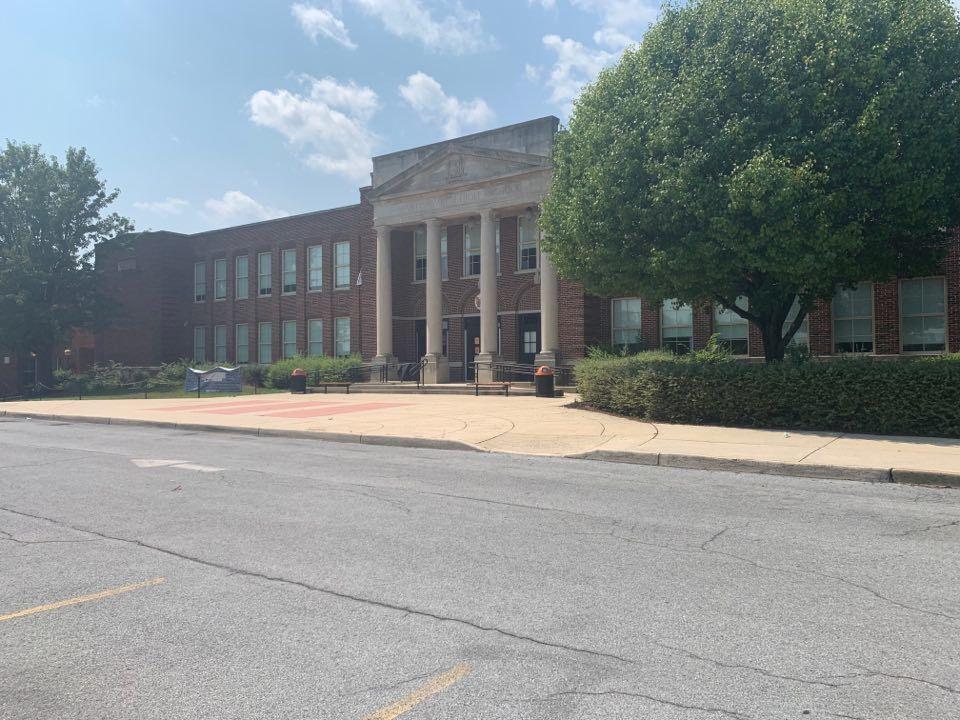 MARTINSBURG â€” When Mountaineer Recovery Center CEO Jonathan Hartiensâ€™ wife, Helen, a teacher at Martinsburg High School, shared her frustrations with her husband about the lack of American flags to face during the Pledge of Allegiance in some of the classrooms, Hartiens called upon an old friend to try and meet the need.

With the help of the community and in honor of Flag Day, Mountaineer Recovery Center announced its partnership with Come All Who Are Thirsty veterans group to officially launch a fundraiser to install a flag in every classroom at Martinsburg High School.

Hartiens said he first met CAWAT founders Dwayne and Beth Harris when they donated a large flag to be hung in the centerâ€™s Ryan Brown Great Room and knew the pairâ€™s organization would be the perfect one to help ensure each classroom at Martinsburg High School had its own flag.

According to a press release shared by MRC, the Harrisâ€™ first started their Specialist Mike Fasulo Flags for Classrooms project to honor their late friend and group member and began fundraising at the beginning of this year to install flags in every classroom in Washington County, Maryland.

This inaugural fundraiser was a great success, as they presented and installed the last of the 171 flags, funded entirely by community donations, in Washington County schools in late May.

â€œJust considering the number of flags that were needed and the manpower help, I thought this would be an ideal service project, because service work is a big part of the philosophy that we have as part of recovery here at Mountaineer,â€ Hartiens said. â€œIt is important to show those in recovery what it looks like to live a life in recovery, engaging with the community and building networks again. Addiction leads to isolation, and by having our residents take part in installing these flags, they are seeing what life is like outside of their addictionsâ€¦ but this isnâ€™t just good for our residents, but is a great way to get the whole community rallied around a patriotic cause.â€

According to Hartiens, residents and employees of MRC, some of whom are veterans themselves, will be working with CAWAT to install flags in each classroom at MHS once they are purchased.

According to a release from MRC, each classroomâ€™s flag packet would include a bracket, a 16-by-24-inch flag and a 32-page booklet about flag etiquette. CAWAT hopes to complete fundraising and installation before the school year begins in August.

Those interested in sponsoring a flag package for $10 can visit the online donation feature under the â€œAbout Usâ€ tab at comeallwhoarethirsty.org. Checks can also be mailed to CAWAT at P.O. Box 555, Sharpsburg, MD 21782.